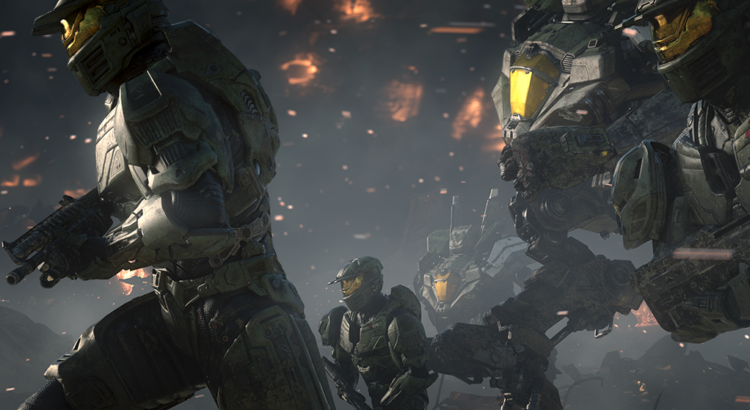 5 worth playing Xbox one games that are now easy to subscribe with Kwikpay in the UK.

July 13, 2017, United Kingdom: Xbox One has amazing games. These games can be subscribed online easily with Kwikpay. Yes, subscribing to these below listed ‘Must Play Games’ of this generation is now available with your favorite mobile top up app – Kwikpay. If you have an XBOX and you have not tried these games yet, then go through this list of incredible games and subscribe to them with the Kwikpay app with your can buy top up for Xbox gaming console without any hassle.

Latest Xbox games of the generation that you must play

Halo has been the best strategic video game on XBOX. Now Halo Wars 2 is a great update to its predecessor. The praising points of this game are brilliant graphics, real-time strategy, feel and character. If you liked the previous one, we highly recommend you play Halo Wars 2 on Xbox. 343 Industries and Creative Assembly’s development will not disappoint you.
Trailer

Developed and published by Rebellion Developments, Sniper Elite was released for Xbox one on February 14th , 2017.  A much-improved Sniper Elite 4 stands out among the series of games for Xbox one. The game has many missions staged in Berlin around 1945, the year of World War II. You can experience thrill and adventure at the same time on the undecided streets of Berlin.
Trailer

Released on 5 May 2017 for Xbox one, Prey is a first-person shooter game based in 2032, Where protagonist fights through deadly aliens with tough weapons & powers on an alien infested space station and unravel the mysteries of their own existence. The game is by Arkane Studios. Arkane has done an excellent job on designing this bizarre orbital station.
Trailer

This 9th instalment of the Tekken series was introduced on Xbox-one after 4 years of waiting. Taken 7 is addictive to fresh players as well as experts on Xbox one.  With great soundtracks, it gets interesting with time. If you have played any previous titles of Tekken, then you must try this one too. Once you finish this, you will definitely wait for a taste of Tekken 8 which releases soon!
Trailer

You will absolutely love this game for its strong characters. Injustice 2 is close to perfection in the world of fighting games. If you played the previous game title in 2013, then you will be surprised with this version’s latest moves, diverse group of characters, devastating combos and fast soundtracks. This is no doubt, NetherRealm studios’ best development.
Trailer 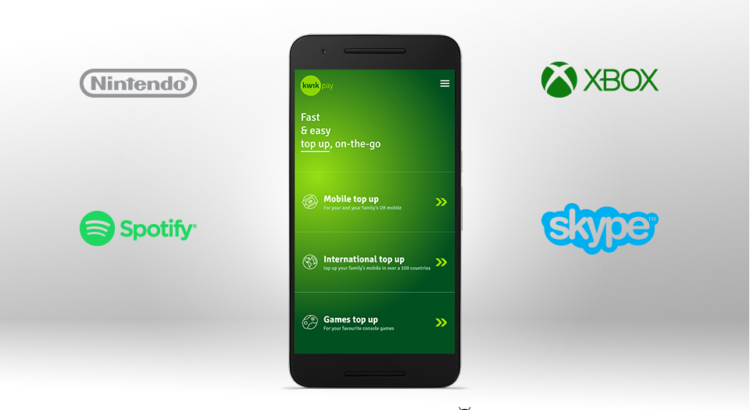 In fact, Kwikpay apps has always been people’s favorite because of its fast service and secure transaction. Keeping that in mind, Kwikpay team has managed to bring these stimulating services with same ease and convenience.
The fast pace of developments with Kwikpay mobile app has become so welcoming and consumers have become equally enthusiastic to its convenience.

Kobo – Rakuten Kobo is an online platform to by e-books & e-readers. Add comfort and convenience to your love for reading. Use Kwikpay app for Kobo gift cards on the go
Spotify – Spotify is UK’s favorite music and video streaming service. With its premium service, you can listen to ad free music, download and play offline, high quality audio and lot more. Add uninterrupted music to your life with Kwikpay top up for Spotify on the go.
Skype– Now use easy and secure mode of payment, Kwikpay and pay directly through your phone for Skype credit, subscriptions, vouchers & gift cards.
XBOX – Kwikpay offers range of top up for XBOX Live & XBOX subscription, which is instantly delivered to you anytime, anywhere so that you don’t stop playing your favorite games on XBOX one with friends.
Nintendo – No need to buy Nintendo eShop cards, you can simply use Kwikpay app as fast, easy & safe option for redeemable online code of Nintendo eShop Digital funds & Nintendo Points.

These new services are currently available for android app and will be available on iOS app soon. Use Kwikpay app and enjoy the flexibility to top up your prepaid services anytime, anywhere!