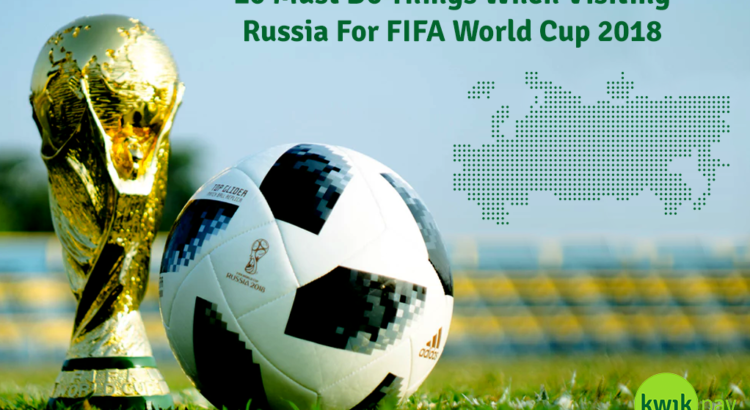 If you’re one of the lucky people who planned well ahead and are currently in Russia enjoying the FIFA World Cup in person, you are definitely living right.
This worldwide event that happens once every four years is magical and memorable to put it lightly.
Whether you are someone who likes to plan their travel itinerary down to the minute or whether you are someone who likes to wing it as they go, here are some tips for you.
These are 10 things you should make sure not to miss under any circumstances!

Standing 87 meters tall in the city of Volgograd, Russia, this epic statue is the last to be named the largest statue which is non-religious; Most others have been Buddhist sculptures. As one of the most popular and sacred sites, you would be remiss to not see this marvel in person. The statue commemorates those fallen in the Battle of Stalingrad.

As one of the world’s oldest, clearest and deepest lakes, it only makes sense that it is crowned as a UNESCO World Heritage Site. If these aren’t enough reasons for you to go visit, then the sheer beauty of the lake combined with the serene environment should definitely be compelling enough to spend some quality time lakeside. Fun Fact – It is estimated to hold about 20% of the world’s fresh water.

When in Russia, you absolutely have to ride the Trans-Siberian Railway. Depending on your budget, you can ride first, second, or third class. It is recommended by world travellers as the best way to truly enjoy the country and the sights it has to offer as a unique wholesome experience.

As one of the world’s most famous public areas in the heart of Russia’s capital, the Red Square is a plaza that separates the Kremlin and the current residence of the President of Russia. Lenin’s Mausoleum, Kazan Cathedral, the Kremlin towers are just some of the many significant sights in and around the Red Square.

If you are travelling all the way to Russia and staying there for the duration of the World Cup or at least a part of it, then it’s only fair that you also celebrate and party like the Russians while you are there. Each city has its own unique nightlife and exploring it after watching a match would be an ideal way for your nights.

Enjoy some peaceful time in Rosa Khutor. Take a stroll through Riviera Park following which bite into fresh Lavash, a type of flatbread that tastes best when just taken out of the oven. If you are not one for walking, then take a boat or yacht cruise along the Black Sea coast while sipping on some hot mulled wine. The options are endless, it’s just a matter of what you want to spend your time on.

What once used to be a palace for Kings, has been now turned into a palace for people by the architects of the Soviet Subway. Take a tour of the Moscow Metro and learn the fascinating history behind it all as well as hear about urban legends and funny stories. Ex – How many babies have been born on the Moscow metro?

Would it even be a complete trip to Russia if you didn’t learn about and sample some of the best Vodka in the world? The Russian Vodka Museum in St. Petersburg will give you taste of Russia itself as you take a tour through it. Learn about its history and taste some of the local vodkas. This is a great addition to your travel itinerary and will not require more than an evening.

Finally, once you are done with everything and your muscles ache from walking or travelling or jumping in the stadium during the match, take a dip at one of Russia’s banyas (saunas) — the most spectacular of them all being the centuries-old, Sandunovsky Banya.

Most importantly, as you travel the length and breadth of the largest country in the world, make sure to stay connected with your friends and family using Kwikpay. Find all your mobile top ups options and payment solutions at the tip of your fingers in the Kwikpay App available on Google Play Store and App Store.